The history of the Cyprus Society of Gastroenterology

The Cyprus Society of Gastroenterology was founded in April 1991 following an initiative by our colleague Dr. George Potamitis, who served as the first president of the Society. The founding assembly was held at the Filoxenia Hotel and the Management Committee included: George S.  Potamitis (President), Panicos Efthymiou (Vice-president), George Pavlides (Secretary), Akis Pouros (Treasurer), Christos Pallas, Costas Christodoulou and Marinos Xenophontos (Members).

The founding members of the Society, due to the then small number of Gastroenterology specialists, included doctors from other specialties, such as surgeons, histopathologists and pathologists.

The scientific events organized by our Society quickly established it as one of the most active Scientific Societies. With the passing of time, the number of Gastroenterology specialists graduating from universities in different countries increased, as evidenced by the development of a scientific culture. The network of our members expanded in the countries they had graduated from, which contributed to the development of knowledge by attracting top academics from internationally acclaimed University Hospitals as speakers in conferences or journals/events. Let us remember the speech of the president of WHO, Pr Tytgat Dr Igigat, for the screening of colon cancer, following a personal invitation from the president of the CSG.

Our top conference was the one on  Helicobacter pylori (XXVIII International Workshop on Helicobacter Microbiotic in Chronic Digestive Inflammation and Gastric cancer Sep 24 2015 Nicosia Cyprus) which was described by almost every foreign participant, as one of the best till then, annual conferences with respect to participation, organization and social events.

A vivid memory for the more seniors, remains the First Pancyprian Conference of Gastroenterology in which about 200 colleagues from Greece participated. The opening ceremony was held at the Famagusta gate and was truly impressive (May 1992).

The Society’s impact was huge on the development of new diagnostic methods and therapeutic interventions in the area of Gastroenterology and Hepatology and the development of contemporary diagnostic methods (endoscopic capsule, ERCP, EUS, Manometry, pH monitoring), that have assigned to our Society a special place for medical advances in our island and led to recognition within society.

Our Society maintains its strong presence in the framework of implementation of the General Healthcare System under the effective guidance of the current Management Committee, which is composed of Louis Loizou (President), Andreas Evgeniou (Vice-President), Dora Kalli (Secretary), Demetrios Demetriou (Treasurer), Adamos Saveriadis, Chrysostomos Klonis and Neophytos Papageorgiou. 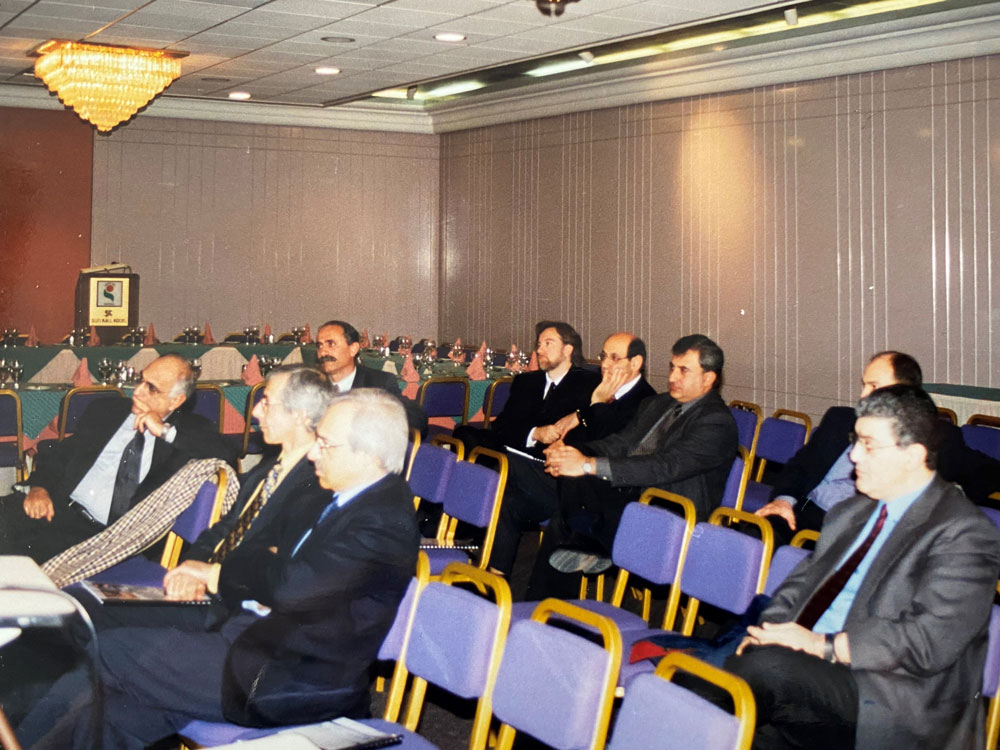